I have 5 Rp characters:

Tails Doll: This rp character is one of my favorites. I like to use this one a lot. Equipment: Claws (of course), Scythe, Crystal (life force and weapon). Friends: People who think he is not evil. Skills: Crystal hell, and Screams of Fear. This Tails Doll is somewhat nice.....if you're nice to him. He has been after Tails for so long not very many ppl remember. Thats all for this character. 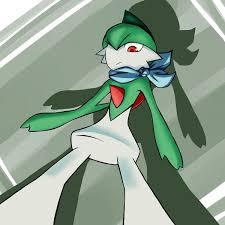 Gallade: He is very quiet most of the time, but sometimes rambles on and on. He is very kind to others, while in the past abused himself. Abandoned by his past trainer, his giving kindness he has never experienced himself. Equipment: Arm Blades (weapon and advantage). Skill(s): Spin Blade and X Slash. Friends: All he is kind to. 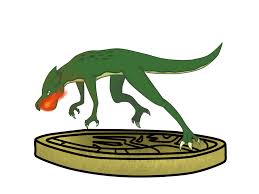 This character is kinda rare for me to use at times. Bio: This character is a very rare encounter in the wild. Skills: Million Bites, Tail, Claw Combo, Tail Combo, Million Claws, Tail Lash, Burning Roll, and Fire Bomb. This is an odd character.

Bio: She can somehow break Pokemon logic. She digs around a lot. She may pop out of the ground sometimes. She is very clumsy, and was pretty much born with bad luck. She has been knocked off buildings, set on fire, and even pulled out of a plane, and she somehow survives. The one who also causes this sometimes is her sister. She is now married to Adeps: Speda's OC. (!) Sabrina show
Bio: She is the sister of Hanaysa. She has a very mixed up personality. Some even consider she has MPD at times. She can go from all happy and such, to mischievous and bad.


Those are all my rp characters.

Have a nice day!

View the profile of: