Some of you may already be aware, but I'd just like to officially inform you all of the details of a recent tweak in the way some moderators will be moderating:

Chat Moderators are no longer required to issue a warning for the following offenses:

[Hypothetically] Repeated offenses within a week's time from your ban may result in a longer ban time than before.

Moderators are not strictly obligated to withhold warnings for these offenses--they may warn if they feel compelled to, however I wouldn't count on it.

I think it doesn't need to be said, that deliberately bypassing the swearing censor is against the rules (as are any of the other offenses that are listed above). Warnings should be a notice to let users know when they've crossed a line that they might not be aware of...such as getting too rude during a disagreement, or bringing up an inappropriate topic, or violating other subjective rules. It's to let the user know what the moderator on duty considers to be a violation of those rules...unlike a violation like bypassing, which isn't in any way subjective.

"But what if I accidentally bypass?"
You shouldn't be swearing to begin with (note the rules). Accidentally hitting a double letter in a swear word that would result in bypassing the censor doesn't mean you're inherently innocent...Mods still have grounds to ban you for "accidental bypasses" since you shouldn't be swearing. The only reason mods don't warn when we see a misplaced smiley face, is because the smiley is also a harmless emoji that can be placed without swearing...so we can't know what the original context was.

If you somehow manage a freak accidental bypass that wasn't intended to be a swear at all, I'm sure the moderators will be competent enough to recognize that it was an honest accident and leave you alone.


It's hardly much of a change that will affect the most of you at all, unless you're an avid deliberate rule-breaker.

Paired with the fact that you consider "shiz" to be a bypass.. Yikes.

NodePoint (2016-06-06 15:40:24)^ <sarcasm>Can't wait for the day when nightly killings would be a thing. Definitely no problems with that.</sarcasm>
Security researcher, web developer, artist, and tech enthusiast.

😂
We are here to heal, not to harm; to love, not to hate; to create, not destroy

😂
If you don't have anything positive to say, then don't post it at all. Kee it to yourself, young lady. ers. That's what I think. 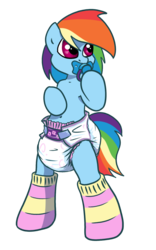 Back to forum: Announcements